By Lori CurryFebruary 19, 2021No Comments 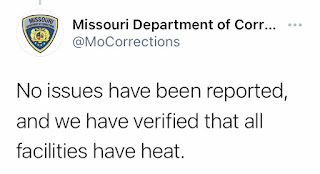 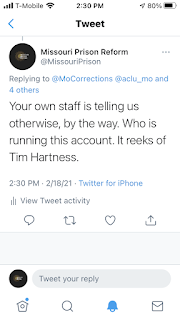 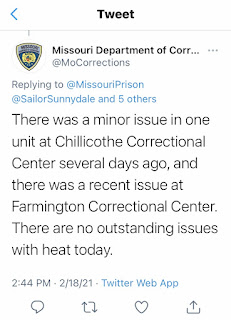 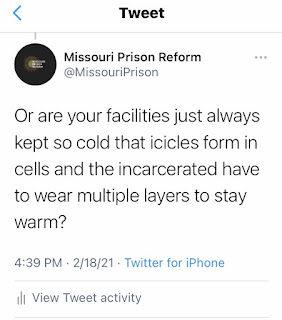 Despite continued issues with freezing temperatures and icicles forming inside cells at several facilities over the past week (and more at FCC), MoDOC took to Twitter yesterday to deny that there were any problems. But this morning Chris Neiman admitted that there are even issues at central office. DOC staff confirmed yesterday that there have been issues with very cold temperatures at several facilities despite what the DOC is telling us.